Here’s the truth: A man cannot do living without food. Food is defined as a preparation or substance prepared to provide living things with nutrients they need for survival.

We all know food comes from plants and animals; it is what we eat that brings us proteins, fats, vitamins, carbohydrates and minerals, which are essential for our growth and strength.

When it comes to an understanding of the concept of the Cream of wheat vs grits, it is good to first mention about grains. In simple terms, Grains are edible substances that come from a variety of plants, which consist of barley, corn, rice and wheat.  Grains form a big percentage of the food we consume daily. Speaking of wheat, it can be grounded and made into porridge and bread.

Cream of Wheat VS Grits

To be honest, most of us find it hard to differentiate between cream of wheat and grits; well, this article is here to help. I’m about to share with you the differences between these two, so if you’ve been looking to understand their differences , sit back and let us find out together.

First, of the bat, let us define their differences so that we could walk in the right direction as we find more differences about them. So here are their definition differences:

What is cream of wheat?

In a simple definition, cream of Wheat is basically a grain brand from farina and is commonly known as breakfast porridge by most people; the thing is cream of wheat does look similar to grits and this is where most people get confused.

The difference comes in texture; cream of wheat is smoother in texture because it is made from grounded wheat and not from corn. Speaking of cream of wheat, its preparation is also a process you should keep in mind if you’re looking to understand it fully.

With that said, it is prepared by boiling water or milk then you pour the grounded wheat in the farina while stirring. As you stir, the farina will start to thicken; actually, you might decide to use water alone but to have it at best and produce the tasty variety, and it is advisable you use milk or a combination of water and milk; this gives your preparation a creamier taste.

How do you get cream of wheat or Grits?

When it comes to buying cream of wheat, you can buy it from an instant formulation that comes to you in single-serving packets.  Now, this sold preparation is simply made from mixing your grounded wheat contents with hot water and then you allow the end results to settle in a bowl for about two minutes.

Grits do come from corn, just like other grains, but there are a few things that set them apart.  The best thing to note is that you should know cornmeal so that you don’t get totally confused when it comes to grits.

Speaking of grits definition, here’s what you should know:

Unlike cornmeal, grits are defined as a type of meal made from dent corn. Grits are usually made from the starchy corn variety and are mostly less sweater compared to the common sweet corn; it is this time when starchy corn is made and it starts to get smooth and creamy. This smooth creamy is what turns out to be gritted.

So, grits are a type of corn that is prepared by treating with lime that is meant to remove the hull that typically makes most corn meals hominy. Now, after you’ve treated your corn, you’re then to dry it and because it is coarse, it becomes hominy grits. So, the difference to note here is that grits are more coarsely than cream of wheat.

Based on the definitions, I’m pretty sure you’ve noted their differences though it isn’t very open if you’re not a very keen person to understand tiny differences.  That said; let us find more differences here:

Having walked through the concept about cream of wheat vs grits, you must have noted that grits are salty in their taste while the cream of wheat is sweeter.

With this in mind, you can decide to go with what suits you and you’ll probably enjoy it. We hope this article helps you prepare your best of cream of wheat or grits at all times. 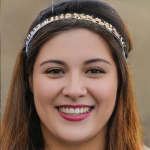 Myself Lisa H Cooley. I would like to makeup everyday. So, most importantly I need to read a lots of beauty tips and also want to share my thoughts. Thanks!!

How to do a bow in your hair? It's a pretty and tr

Can You Dye Wet Hair? Yes, there are lots of advan

Best serum for oily skin that works to keep moistu

Can you wet your hair after a perm? Yes, but you s

Have your wavy hair? Know how to take care of them

If you look after the best hair sponge for curls,

Do you like to buy a brush every day? No way! Nobo

Want to remove the polish of the nails so fast? Ch

Want to get rid of dry, split, or dullness of your

Hair Texturizers vs Relaxers - Difference Between

Should I Shave My Mustache or Not READ MORE: http

Most commonly asked what to put on skin after micr

Setting powder vs setting spray? Which one is idea

If you want to control the ingredients and the qua

You want to try the best witch makeup ideas for Ha

Why is My Face Darker than My Body? There are a to

Pedicure Before and After – The Details You Shou

How to Use a Bath Bomb? – 8 Easy Steps You Shoul